We had a fabulous day at the Library in Wisbech, Cambridgeshire. We were joined by five other local authors. 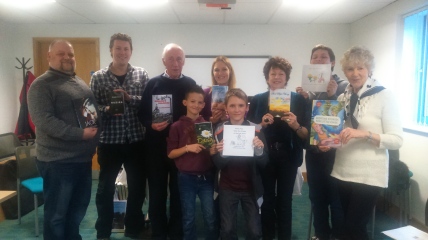 Robert Dickson-Oliver – trained as a nurse in the 1970’s. He graduated with an honours degree in psychology in 1985, and lectured in health issues at Great Ormond Street and Addenbrookes Hospitals. Following a period as a freelance lecturer, he worked as a Clinical Services Manager in mental health, and within the Prison Service. In these roles, Bob worked tirelessly to change attitudes towards mental illness, and his latest book, Jack, although using fictitious characters, was inspired by real life conditions and events. Jack is set in a time that is too recent for us to ignore, and in one of the mental hospitals that were a disgrace to modern society.

Robin Crawshaw – is an agricultural scientist, whose book Co-product Feeds was published by Nottingham University Press. He is currently working on a European version.   In between, Robin has ghost-written A Partial View, the biography of his partially-sighted brother and, together with his mother, written the story of her early life in a Yorkshire mining village, entitled Rosalind’s Childhood.  Fifty years after his O-Level year, he compiled a book, The Class of ’58, on what happened afterwards for himself and eighteen of his contemporaries.  His book of short stories, Lady Myrtle and Other Characters has been described by his daughter as (merely) ‘vignettes’. 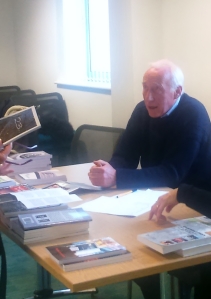 Daisy Bickell (Sheelagh Cox) – was born and grew up in Essex, where she met and married her husband, Chris. With three young sons, the family ventured to ABU Dhabi, where they spent two very good years, only returning home for the children’s education. Sheelagh and Chris returned to the Middle East once the children had grown and moved away, and stayed for 15 years.  It was at this time that Sheelagh began writing children’s short stories to read to the Grandchildren, and was persuaded to have them published. Her book is entitled Bedtime Stories for Little Ones and she writes under the name Daisy Bickell – her Mother’s name and her maiden name. 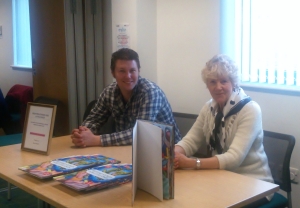 Simon Crow – is the author of fiction/ horror novel B.O.D.I.E.S that was published in 2013 after being recognized for his unique style of writing that captured a wide audience throughout the UK. This page turning novel is not for the faint hearted as the reader is drawn into a nightmarish world and consumed by Simon’s wild imagination as he brings night terrors to life on a whole new level. Simon has continued to write novels and has just recently had his second Fiction/ Horror novel Welcome To Paradise published. 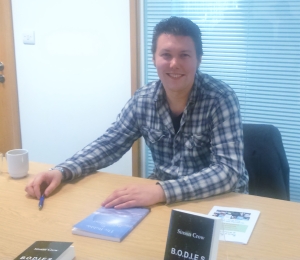 Sylvie Short – retired after thirty years in Education – sixteen as a head teacher in the South of England – and moved to East Anglia to pursue a career as a writer. She has published three novels – The Bubble, Home to Roost and Starting Out.  She then wrote Two churches Together, a History of the villages of Swaffham Prior where she grew up. After that came a book of short stories called Short cuts. Her latest, Short Steps Along the Way, just published, is a compilation of the reflections that she writes every month for a local magazine. Eight of her short stories have been published in Cambridgeshire County Life. 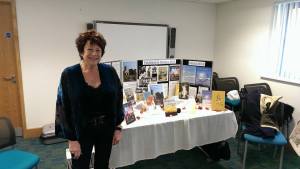 And of course we were there… 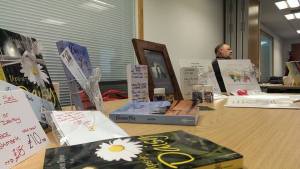 Claire Upton – has written stories from the day she was old enough to pick up a pen and form words. The overwhelmingly positive feedback to her debut novel Twisted Fate, first drafted in 2001, has inspired her to pursue her dream of publishing many books. Combining her family and home life with her skills, she has since also published two children’s books and a second novel, Ups-a-daisy. One day she hopes to see one of her books in a charity shop, so she can know for sure that someone has read and enjoyed her work enough to pass it on, not just discard it. Claire spends her free time reading to and playing with her younger children, and using her older children as an excuse for frequent trips to Starbucks for coffee dates. 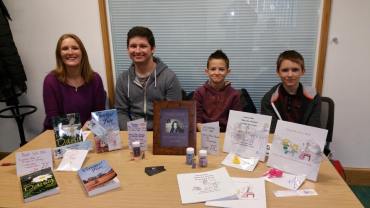 We had some lovely readers visit us- huge thank you to them 🙂 Oh & for anyone who asked… yes the ducks float! 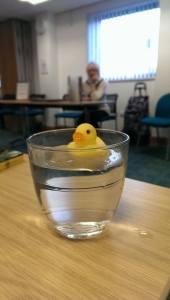 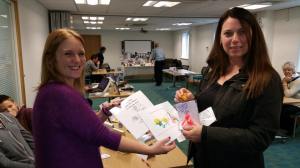